Free to Attend! 14:25-15:00 Saturday April 8th @ San Jose State
http://www.lastfestival.org
A panel discussion on the influence of underground cultu
re on Silicon Valley and tech development.

Why did Silicon Valley “happen” here instead of New York or London? What was special about the Bay Area that the rest of the world didn’t have? Where does Creativity come from?

The L.A.S.T. (Life Art Science Technology) festival celebrates the confluence of art with the new media technologies and nascent sciences that are transforming sociality and experience in the 21st century. 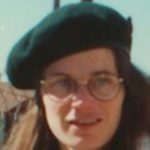 Carrie Galbraith was one of the main organizers of the Cacophony Society and pioneered the “zone trip” concept, borrowing the concept from the films of Andrey Tarkovsky and the novels of Thomas Pynchon. The most famous Zone Trip was the first Burning Man that took place at the Black Rock Desert in 1990.

Tenaya Hurst is the education accounts manager for Arduino (a key factor in the open-source movement, the Makers movement and the Internet of Things), and she is the CEO of Rogue Making that specializes in wearable technology.

Andrey Tarkovsky and the novels of Thomas Pynchon. The most famous Zone Trip was the first Burning Man that took place at the Black Rock Desert in 1990.

Daniel Kottke was a college friend of Steve Jobs and one of the first employees of Apple.

Piero Scaruffi, founder of the LAST Festival, is a cultural historian who has written both “A History of Silicon Valley” and “A History of Rock Music”.